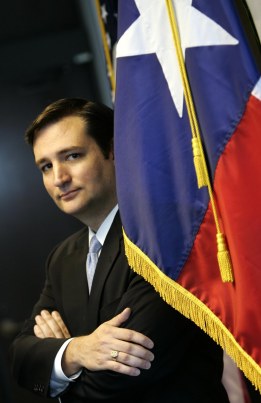 During the Senate hearing on the new (if you haven’t yet suffered under it, it’s new to you!) proposed “assault weapons” ban, Ted Cruz asks a simple question:  Why can the government arbitrarily exclude certain weapons from second amendment protection, but it cannot do that with any other amendment?

Of course, Diane Feinstein (whom you may remember declared publicly that her end-goal is complete and total gun confiscation in America) immediately started yelling and screaming and generally acting like a buffoon.  She was so busy freaking out about the gall of this man to ask such a question that she never really got around to answering it.

But it is in fact a legitimate question.  The gun-grabbers keep insisting that their “common sense solutions” and “safety measures” are perfectly constitutional, just don’t ask them to explain how or why.  Just take their word for it.  Or accept that “the Supreme Court said so.”  They’ve never been wrong.  The simple fact of the matter is that the constitution itself offers no exceptions.  It’s very clear:  shall not be infringed.  The onus should be on anyone who seeks to limit private ownership of firearms in any way to satisfactorily prove how such a law would be constitutional, and to do so with a much better argument than “Because I said so,” or “because of the suffering little children,” or any other such thing.

The only real hope the statists have in twisting the words of the second amendment is the claim that it only applies to militias.  Of course, to take on that argument, they themselves would have to reject the authority of the Supreme Court, which has already declared that the second amendment is fully incorporated and does in fact apply to private firearm ownership by individuals.

The second amendment does not contain any qualifiers.  It protects all private firearm ownership under all circumstances.  If we as a society don’t like this, then we should probably amend the constitution to add qualifiers such as “unless Diane Feinstein says so,” or, much better yet, simply reverse the incorporation doctrine and allow each state to decide such matters for itself.

A couple extra notes.  Between when I wrote this and when I posted it, Ann Coulter went on Hannity and pretty much made the exact same point.  Also, I think the highlight of the video may be at the end when Dick Durbin, referring to the bill of rights, says “None of these rights are absolute.”  It’s nice to finally have the progressive on the record with that.  All of your rights are subject to the whims of your rulers, got that?