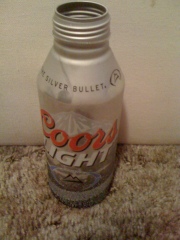 In case you haven’t heard, today is “small business Saturday,” a day in which Americans are encouraged to buy from “small” and “local” businesses.  The marketing blitz for this thing is pretty extensive.  I’ve personally seen advertisements on television and Facebook (including actual friends of mine posting about it as well as sponsored ads).  The Facebook page for this promotion has over three million likes.

I don’t really have anything against small/local businesses, but the entire premise of this thing sort of rubs me the wrong way.  When exactly did we become a country in which small is considered better than big?  Why are small businesses constantly portrayed as uniformly heroic and valuable members of the community, while large businesses are vilified and portrayed as greedy leeches that suck the substance out of our nation?  Small businesses undoubtedly do a lot of good for people.  Big businesses, of course, do a hell of a lot more good for a hell of a lot more people.

It’s important to remember that every large business was small once.  Once upon a time, there was one McDonalds.  One Wal-Mart.  One Starbucks.  These businesses expanded and thrived because they were able to meet consumer demands better than their competitors.  They were able to perform the incredibly difficult task of balancing cost, quality, and service that allowed them to appeal to a national (if not global) customer base, rather than serving the small and narrow interests of one specific community.  The best small businesses don’t stay small.  They grow, they expand, and eventually they somehow become evil in the eyes of the public.  When exactly did Wal-Mart change from a small business into an evil corporate behemoth?  When they opened their second store?  Their first store outside of Arkansas?  Their first store in the Northeast?  Their first store outside of the U.S.?

So today, rather than going out of my way to patronize businesses that are far less efficient and generally more expensive than their larger counterparts, I simply went about my business as usual.  I woke up in the morning and had to run some errands.  I took a shower, brushed my teeth with some Colgate (Market Cap:  $51 billion) toothpaste, and used some Speed Stick deodorant (also made by Colgate).  I put on some underwear and a t-shirt made by Hanes (Market Cap:  $3.4 billion) which I purchased at Target (Market Cap:  $42 billion).  I got in my Lexus IS-250 (manufactured by Toyota Motor Corporation, Market Cap:  $271 billion) that runs on gasoline extracted, refined, and sold by Chevron 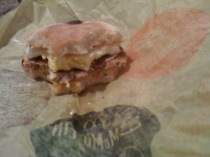 Those are just a few of the large multi-national corporations that helped me have an enjoyable and productive day.  I might have been able to substitute some of those products for small business equivalents, if I was willing to pay a higher price.  I could have bought more expensive beer from a local market, for example.  But what small business is in the cell-phone business?  What small business can sell me a car, or the gasoline to run it?  The simple fact of the matter is that big businesses greatly increase the quality of life, especially for the middle and lower classes, every single day and never demand any special day recognition for it.  It’s enough that you buy their products in productive exchange for mutual benefit.  They don’t need your gratitude, just your business.

As one final side-note, can you guess who the founding sponsor of “Small Business Saturday” is?  No, not Grandma Mable’s Cake Shop in Wichita, Kansas, but that’s a good guess!  It’s actually American Express (Market Cap:  $63 billion), itself a giant corporation who stands to benefit from people engaging in excess consumption at higher than necessary prices.  Amazing how that works out.

Note:  Market Capitalizations were found via Yahoo (Market Cap:  $22 billion) Finance.  For those who don’t know, market capitalization is the value of all currently outstanding shares of a publicly held corporation.  It is the traditional measurement of the “size” of a corporation.