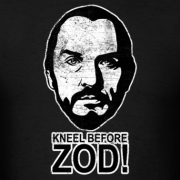 Following the giant embarrassment in Sochi, they’re having a tough time convincing cities to spend tens of millions of dollars to host the Winter Olympics.  After decades of failure, the people (not the bureaucrats) are starting to wise-up, and recognize that this whole thing is a giant waste of money.  After all, even Putin couldn’t make it work!

How Valuable Is a Federal Grant? :: The Mises Economics Blog: The Circle Bastiat.

A short post from the LVMI blog that I think is hilarious.  Apparently some federal grants come with so many regulations, requirements, and strings attached that some groups are now refusing to take them.  The Feds “free money” literally has a negative value.  Another thing that conservatives and libertarians figured out a long time ago and that the mainstream is finally catching up to.

Statism: Doing Most of an Invader’s Work for Him – Robert Murphy : LibertyChat.com.

Bob Murphy invokes Superman in order to explain another often overlooked downfall of governments.  They make it easier for hostile regimes to “take over.”  If there was no government, there wouldn’t be anything to “take over.”  No central authority would be empowered to “surrender” to an invading force on behalf of hundreds of millions of people.  The invaders would have to subjugate each individual, a virtually impossible task.

Occidental Expels Student for Rape Under Standard So Low That the Accuser Could Have Been Found Guilty, Too – Hit & Run : Reason.com.

Apparently “rape culture” means that you can now be expelled for sex so obviously consensual that the police didn’t even bother to press charges.  But no need to worry about things like “evidence” and “proof.”  The school decided he was guilty because he “fit the profile” of a rapist.  What’s the profile of a rapist?  Well obviously it includes things like coming from a good family, getting good grades, and being on a sports team.