“But What About People Who Make Bad Decisions?” 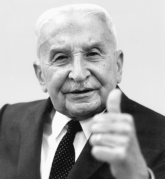 Recently, I was involved in a debate in which the following criticism was made (obviously I’m paraphrasing here):  “Sure, the free market sounds good and all, but how can it possibly correct itself and allocate resources efficiently when some people make poor decisions, or are ignorant of certain facts that might cause them to choose differently?”

The simple answer is that this is entirely irrelevant.  Advocating for free markets absolutely does not require “perfect knowledge” by any stretch of the imagination.  As far as people making “bad decisions” goes, Mises addresses this right away in Part 1 of Human Action.

“Human action is necessarily always rational. The term “rational action” is therefore pleonastic and must be rejected as such. When applied to the ultimate ends of action, the terms rational and irrational are inappropriate and meaningless. The ultimate end of action is always the satisfaction of some desires of the acting man. Since nobody is in a position to substitute his own value judgments for those of the acting individual, it is vain to pass judgment on other people’s aims and volitions. No man is qualified to declare what would make another man happier or less discontented. The critic either tells us what he believes he would aim at if he were in the place of his fellow; or, in dictatorial arrogance blithely disposing of his fellow’s will and aspirations, declares what condition of this other man would better suit himself, the critic.”

This is just the opening paragraph of the section titled “Rationality and Irrationality; Subjectivism and Objectivity of Praxeological Research.”  I strongly suggest anyone who is interested to go read the entire section (don’t worry, it’s not very long).  Given that this is established so early in the text of Human Action, it becomes an established axiom that Austrian Economics is constructed upon.  The fact that occasionally, individuals guess incorrectly as to how certain expenditures of time, labor, and money will maximize their psychic profit is wholly irrelevant to the basic principles of economics, because economics is concerned with decisions at the moment they are made.

What economics does not offer are value judgments.  Consider two brothers who each inherit $50,000 from their deceased father.  The first brother spends his entire inheritance on a giant party, where the resources are immediately consumed for the purposes of momentary entertainment and satisfaction.  The second brother invests his inheritance into a start-up firm, hoping his investment will grow and that he will have $100,000 within two years.

The economist is in no position to tell us which of the two brothers spent their money more wisely.  Any commentary on which brother made the “best” decision is purely his own opinion based on his own personal values, and not on any sound economic principles.  The job of the economist is to merely explain what will likely happen as the result of either particular decision.  The economist could sit down with the first brother and explain to him that if he spends all of his money on a party today, he will have no money tomorrow.  He could explain to the second brother that this type of investment is risky, and although he might double his money within two years, he might also lose his entire investment.  But he cannot declare that one use of money is “better” than the other, as this is entirely a value judgment.

The free market in no way depends on perfect knowledge or correct forecasting by all parties in order to be the best possible system for promoting efficiency and maximizing human happiness and quality of life.  The basic principles laid out by Mises in Human Action can walk you through, step-by-step, why this is the case.

37 Responses to “But What About People Who Make Bad Decisions?”